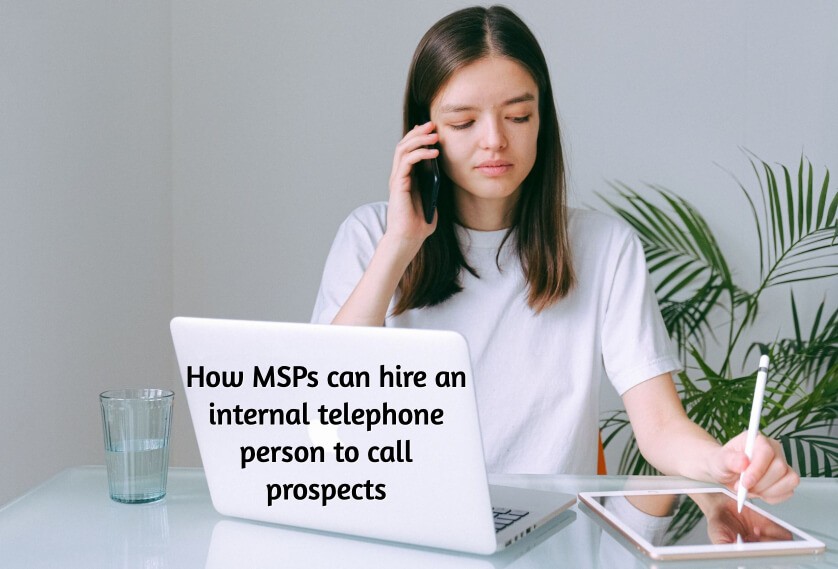 So if you’ve been consuming my stuff for a while, you’ll know by now that I’m a firm believer in taking a very long-term approach to getting new clients for your MSP.

That means building audiences of prospects (your email list and LinkedIn connections) and then building a relationship with those people. You do this through good content marketing.

This is the strategy I’ve used across a number of B2B businesses, including this one. It’s what I would put in place if I bought an MSP tomorrow.

However, there’s a part of the strategy that many people often skip over.

You see, the problem with building audiences and relationships is that it’s a slow burn. Because ultimately people only buy when they’re ready to buy. And you’ve got to get the right message in front of the right person at exactly the right time.

And that’s why sometimes you need to be a little more proactive with your audiences than just sitting back and waiting for them to get in touch with you.

You have to shake the tree little and often… so the hottest prospects fall out and start a proper conversation with you.

I call this telephone intervention. Because it’s not telesales, and it’s not telemarketing. These are horrible things where people who don’t really want to call are trying to sell stuff to people who really don’t want to hear from them 😃

Telephone intervention is different. It’s where you’re just trying to jump the relationship forward a little bit through the use of the phone. You’d be surprised the leaps forward you can make with someone, when you catch them just before the point they’re ready to talk about leaving their incumbent MSP.

Let’s assume you’re committed to doing this. The next question that comes up then is:

Personally, I wouldn’t touch an outside agency with a barge pole.

There are some MSP specialists around. I don’t have a lot of experience with them. But the risk is that they have a similar same modus operandi as many general telesales companies.

The standard telesales company MO is that they woo you in with the most capable and impressive people at the top, and they over-service you for a couple of months.

So you’re really impressed with the results.

But then once you’ve signed the long term contract; things start to settle down. The top people move on to woo the next clients and the more junior, less experienced members of the team take over your account. You start to see performance levels and results drop off.

It’s surprising how often it works out that way. It shouldn’t, but it does.

I don’t believe effective telephone intervention can really be done by an external agency. It’s something that you need to build in-house.

In fact, in my last marketing business, the one I sold in 2016, I had a telephone team of three.

In terms of hiring and firing we actually got through about 15 to 20 people, but there was a core team of three at any one time.

I had no particular knowledge or awareness of how to run a telephone team. But I knew I had to build it in-house after being ripped off time and time again by external agencies.

With a few wonderful exceptions (Miranda, I’m looking at you) my telephone people were without doubt the greatest hassle in the business 🙄 They needed the most management attention, and fell over repeatedly.

But they were also utterly critical to delivering £1 million a year of sales.

Because without those telephone people, we simply wouldn’t have had the appointments for our field salespeople, which was so critical in going out and selling the marketing services that we sold at that particular point.

And this is why I think you have to do this in-house. It has to become a critical function of your MSP for a number of different reasons:

After all this person is going to be representing you and your business with future clients. The experience someone has during the marketing and selling phase affects the kind of client they become.

If I ran an MSP, I would just hire a back to work mum

And their job, the only thing they had to do, would be to call leads and turn them into prospects on your behalf.

That’s why we call this telephone intervention. There’s no selling, there’s no marketing. These aren’t actually difficult calls to make.

They’re just a series of calls that need to be made to everyone who’s in your audiences.

Personally I wouldn’t hire someone who has previously worked in telesales or telemarketing. Their previous jobs are almost irrelevant… the most important thing, is they must enjoy being on the phone.

Just get on the phone and phone your databases:

And their goal is to move the relationship forward.

You and they will know this has happened when they achieve the desired outcome: Booking prospects onto a 15 minute exploratory Zoom meeting with you.

Someone working 2-3 hours a day, 2-3 days a week, is only going to book you one or two of these Zooms a week.

And that’s more than OK. That’s the perfect number. That’s what you want.

But remember, your telephone person’s job is not to do any selling, or to attempt to educate the leads or anything like this. Their job is purely to get you 15 minute Zoom calls.

Because you and I know that once you’re on the phone or a Zoom with a lead, you can work your magic.

You can explore with them some of the issues. You can push for a proper meeting. And you can pick up the sales process from there.

Obviously, if you have a full-time sales person, whose job it is to go out and get new clients, then they would be booking the meetings for that person instead.

Where do you find a telephone intervention person?

Sure, you could just put a listing on a jobs board. But what would be better is using your existing network to find this person. Perhaps by leveraging Facebook.

Your future telephone person is connected to people that you already know.

So you could put this on your personal Facebook, and ask your family and friends to share:

“I’m looking for someone to help with our marketing. Flexible hours, flexible days of the week. It’s work from home. All you have to do is to phone our databases of leads. There’s no selling required. It’s literally getting in touch with our database of prospects. And your goal is to book a 15 minute appointment for them on a Zoom with me. No previous experience required, but you must love being on the phone for a couple of hours a day.”

Of course, this job can easily be done from their home. You could give them one of your VoIP phones.

It’s pretty critical that they use your phones and not their own, primarily so you can listen back to recordings of calls.

This is useful for checking quality. But also when they do get a meeting booked, you can listen back to the specific call and see what the prospect said. This will give you an insight before you personally speak to that prospect on the phone.

What would be better though, is if they worked in your office. Because they will just pick up a hell of a lot more about IT support and what exactly you do.

They’ll benefit from the power of osmosis while chatting to the technicians in an appropriate socially distant way in the kitchen.

Here’s a suggested format for their calls

There are some telesales training courses you can put people through. Or better still, you can just take someone’s natural warmth on the phone and just give them some structure to work through.

Here are the main 4 areas they need to cover.

1) They’ve got to beat the gatekeeper

Sometimes that can be as simple as just saying, “Hi is Paul there? It’s Sarah.”

I think the trick is to sound as least like a telesales person as you can.

If you hit them with the whole “Oh, good afternoon. Can I speak to…

(slight pause while looking up the name)

… Mr Paul Green? This is Sarah calling from XYZ IT Support,” then you immediately stand out as a cold caller.

Instead, just use normal language. Talk in a normal way. If you’re hiring someone with natural warmth on the phone… let them use it.

2) Then engage with the person on the other end

So for example, they might say, “I know you’re connected to Paul on LinkedIn, but I don’t think you’ve ever met.”

Or “We sent you a copy of Paul’s book in the post. I bet you haven’t had chance to read it yet.”

Sidenote: That’s the perfect question to ask someone when you’ve sent them something to read. “I bet you haven’t had chance to read it yet,”… because if they have read it, they’ll be delighted to tell you that they have. But if they haven’t read it, then they don’t have to feel any awkwardness whatsoever.

You’ve just got to get them engaged in some way. People who enjoy being on the phone are normally quite good at engaging with people.

My best performing telephone person from my last business was the most warm, interesting person in real life. And she was very good at getting that across on the phone.

But she was building a relationship with that person on my behalf. Which is exactly what I wanted her to do.

Ask questions such as, “What would keep you awake at night?”

Or, “What were the things that really frustrated you about your IT support during the lockdown?”

Deliberately open questions using the words what and how are the best to ask.

At this stage you wouldn’t ask why questions. Why questions can come across as too aggressive. So stick to what and how questions.

But make sure they’re open questions because the goal here is to get the person talking.

Remember, the key to any successful phone call is 80% them talking, 20% you talking. The more you talk, the less they listen. The more they talk, the more engaged they become and the more likely they are to go for the most desired outcome.

4) Move to the outcome

And that’s the final part of this. The outcome is a 15 minute phone call or Zoom with you.

And because your telephone person has been calling “from your office and on your behalf”, it’s quite natural to say,

“Look, from what you’ve been saying there, I think it would make sense for you and Paul to talk on the phone for 15 minutes.”

And they can have a gentle way of closing, by asking something like:

“How would you feel about doing that?”

Or they can be more direct and say:

“What’s looking good in your diary?”

“He’s got some availability on Tuesday afternoon or Thursday morning, which would be better for you?”

This is known as either/or, where you give them two options, so they have the perception of choice.

And that’s going to be the quickest, smartest way to move the relationships of hundreds of your leads forward in a very efficient way.

2,089 MSPs had this story emailed to them 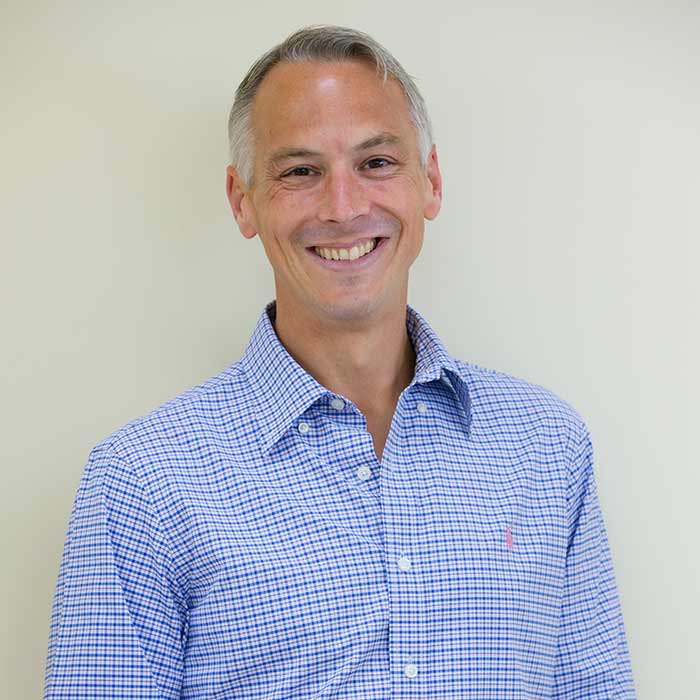 Hi, I'm Paul Green. Couple of times a week I send great marketing advice to 2,089 other MSPs around the world. Want to join them? I'll also send you a free copy of my book Updating Servers Doesn't Grow Your Business

Make this the summer of strategic reviews

Which is the best CRM for your MSP?