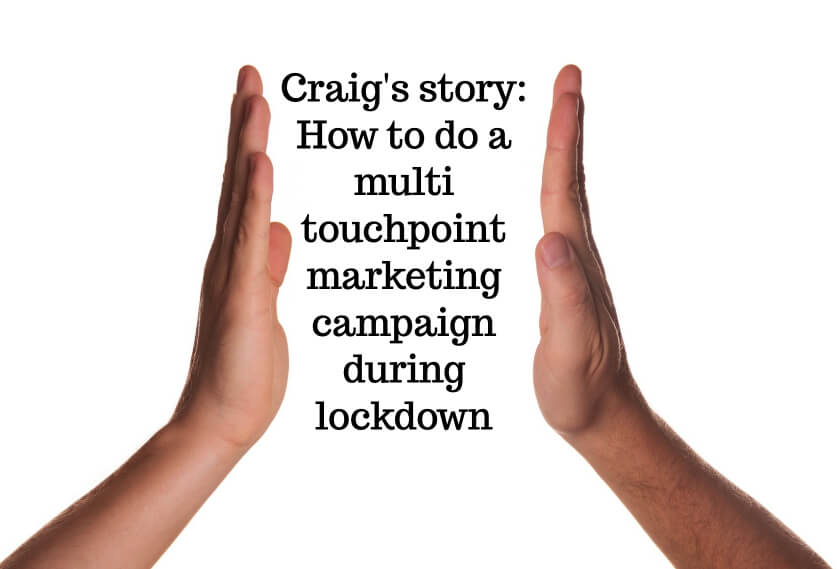 Last week I delivered a multi touchpoint marketing campaign to the 179 members of my MSP Marketing Edge service.

We call it a Campaign In A Box. It's an integrated 30 day campaign designed to help them hoover up the clients who have already decided to leave their incumbent MSP as a result of the way they were treated during the lockdown (but haven't taken action on that decision yet).

You almost can't have too many.

So let me give you an example of a multi touchpoint campaign, so you can see the power of focusing on one message for a 30 day period.

Imagine you have a prospect. Let's call him Craig. 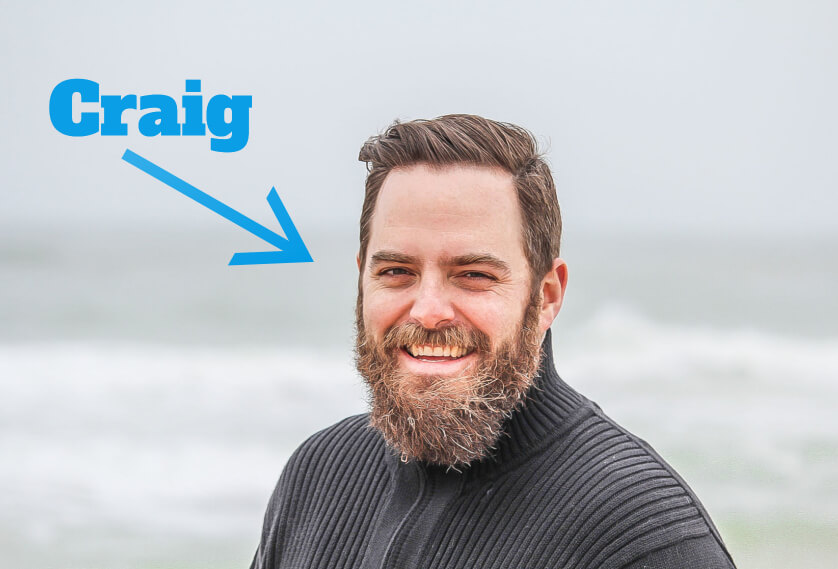 He's the owner of a local business with about 20 users. You want his custom.

Good news is he's on your email list and connected to you on LinkedIn. But you've never spoken. He reads your emails now and again. Yet if someone mentioned your name to him, he'd really struggle to place you.

Truth is, he doesn't really know you at all. He just sees your marketing now and again. That's OK. Most prospects are like that.

Craig and his team had a terrible start to the lockdown. Their existing IT support company took a couple of days to get them set up properly for working from home. No-one seemed to answer the phone, or respond to support requests.

It left a very bitter taste in Craig's mouth... "I've been paying them all these years to do nothing..." (because isn't that how clients think, sometimes? They don't see how the proactive work reduces their need to call you, and that they should be paying MORE for that 😃) "... and then at the moment I really needed them, they just weren't there for us. This is the final straw".

Today, for the first time in a week, Craig decides to pop into his office. Good chance to get some work done without his kids interrupting him.

He grabs the post as he's turning the alarm off. Bank statement... utility bill... and an envelope he doesn't recognise.

He opens it up. It's a letter, from you. The headline grabs his attention...

Lots of business owners like you, Craig, felt let down by their IT support company during the lockdown

So he reads the whole thing while walking to his desk.

There's a website address at the end. He puts the letter down on top of the To Do pile on his desk, intending to visit the website later.

(Craig doesn't realise it at this point, but that letter will soon be covered by something else, and will stay untouched on his desk for the best part of 19 months. It'll go in the bin during The Great Desk Tidy of Christmas 2021).

A couple of hours later Craig's ploughing through his emails. And there's one from you.

"Did you get the letter I posted to you" your email starts, and it catches Craig's attention again. He's just about to click the link in the email when his phone rings, and he's distracted by something else.

Fast forward to Sunday afternoon. Craig's sat in his garden. The family's just had a barbecue, and while his kids are squabbling on the trampoline, he's making a rare visit to Facebook on his phone.

Flick... a photo of Dave in his new sunglasses... flick... Sarah's cat had kittens... flick... an advert from you. It's about the same subject as the email and the letter.

He's about to flick past, when his brain reminds him he wanted to have a look at this. So he taps it and lands on a page on your site.

This page is about exactly the same subject as all the marketing messages. But goes into more detail; LOTS more detail.

The call to action is a live calendar to book a 15 minute Zoom call with you. Craig hesitates for a second, thinking about booking. He does want to do something about his IT support...

BANG! Scream. Crying. Child's fallen off the trampoline. Craig's phone goes back in his pocket and he forgets all about you again.

During the week Craig's reminded a few times about your business. He sees a promotional email from you. Flicks through your post on LinkedIn. Notices you've messaged him on LinkedIn, too (although he doesn't actually read the message).

A postcard recapping your main point is in the post at the end of the week. And he misses a call from Miranda in your office (but listens to her voicemail).

By this point Craig is ready to take action. So when he gets another email from you just before he finishes for the day the following Tuesday, he clicks through, reads the web page again, and finally books a 15 minute call with you for the following week. 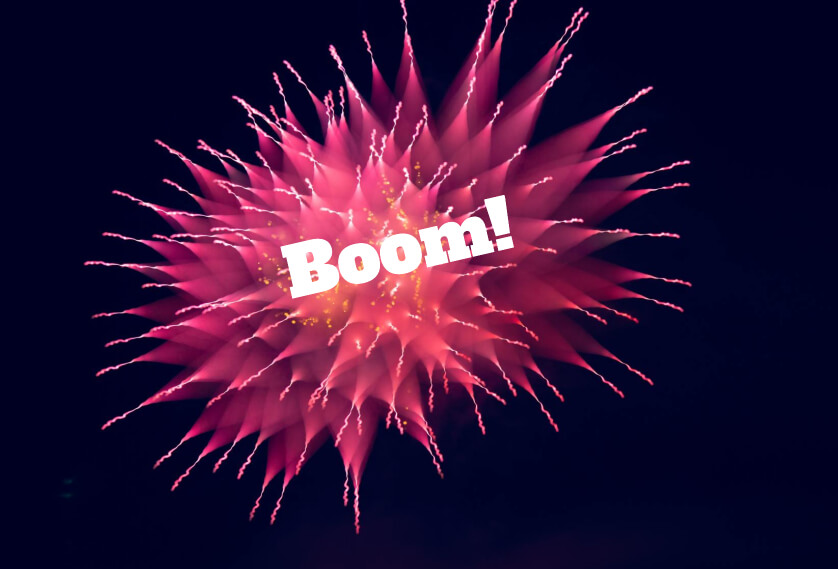 The takeaway from this, is that all of those elements worked together to catch Craig's attention, and get him to take action.

It happened to be the email that spurred action. But could just as easily have been the Facebook ad. Or the direct mail. Or more likely, the proactive phone call from your office.

Let me finish by answering the most common questions I get from MSP owners and managers about this kind of approach.

Question: This is all good and well Paul, but I don't have time to do this.

Unfortunately, proper marketing does require effort and chews up time. It's worth it when you sign a new client. So if you don't have time, apply some DOA - not Dead On Arrival, but Delegate, Outsource, Automate. Join my MSP Marketing Edge service if it's still available in your area (how blatant was that plug?). Then hire a marketing implementer from Fiverr.com to action it all for you.

Question: Isn't this too much? Won't I just annoy people?

It's certainly a lot of marketing in a short space of time. You wouldn't do this to the same people more than twice a year. You kind of know you've done it properly when at least one prospect sends you a sh*tty email back (I'm actually not joking). But don't listen to your critics, especially when they're only prospects. Judge this kind of marketing by the meetings you get. Look back at Craig's story, and how many times he was going to take action, but got distracted by something else. This is how real prospects behave. This is why marketing is a constant, daily long-term activity, and never just a one off event. A 30 day campaign like this thoroughly shakes the prospect tree. But it's no replacement for constant marketing.

Question: Will I get too many meetings?

A common fear. But no you won't. Because all that this campaign does is grab attention and encourage action from the tiny number of people who are ready to talk right now. People only buy when they're ready to buy. Those who aren't ready to talk yet won't perceive your marketing in the same way, as their Reticular Activating System simply won't notify them about it.

Yes you can be too cheap. And it’s a sales killer

Which is the best CRM for your MSP?